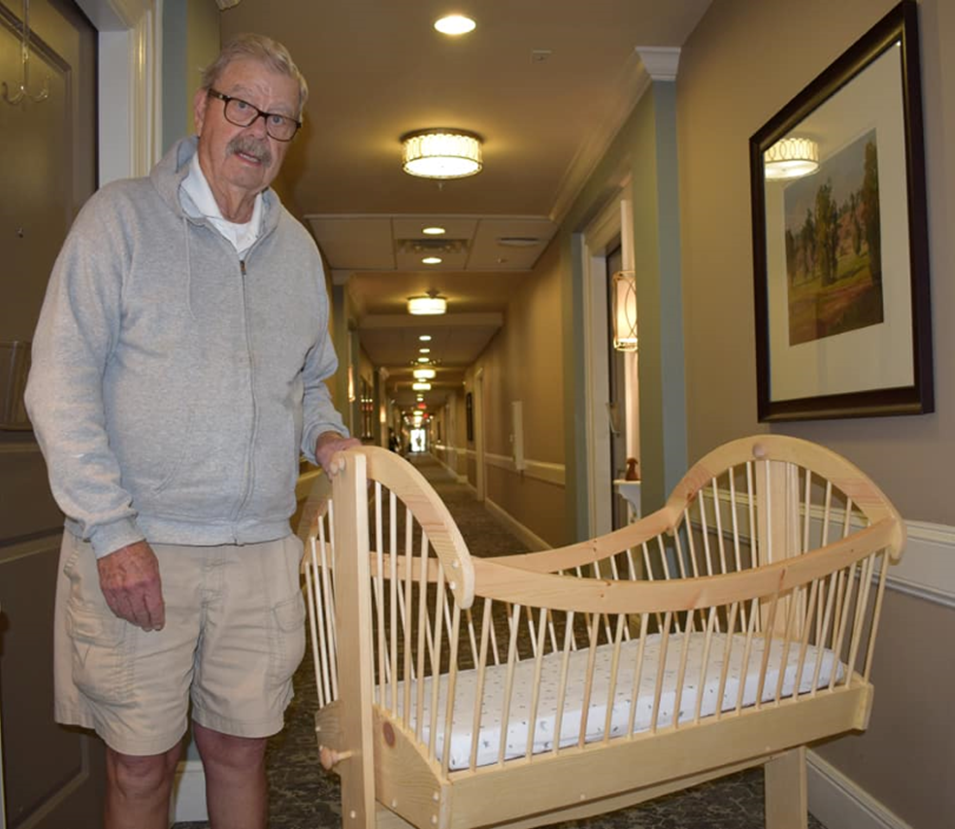 David Zipps pushed back on the idea of moving to Arbor Oaks for many years, telling his wife that he simply wasn’t ready to give up woodworking to move into a retirement community. “I just couldn’t imagine what I would do all day,” shared Zipps. As a retired engineer, Zipps is accustomed to working with his hands, and his mind. “I thought I might be miserable if I didn’t have something like this to give my time and energy to,” explained Zipps.

It wasn’t until a visit to the community promoted an interaction with one of the Arbor Oaks team members that changed everything. Zipps was explaining that he was not willing to give up his hobby as it had become his passion when the team member kindly walked him to an unmarked door in the hallway. Once the staff member turned the key to the door and flipped the light switch on, Zipps stood in disbelief at a fully equipped woodworking shop, conveniently located in the hallway of Arbor Oaks. He laughed, “I had no idea they had a woodshop. But once I learned this news, I was out of excuses, so we moved in.”

While Matthew Currie now serves as MRC’s Vice President of Operations, he was the Executive Director at Arbor Oaks when the woodworking shop was installed. Currie shared, “Early on we got feedback that there was a group of men that would appreciate a place where they could nurture their woodworking hobby. So, they did some research on proper ventilation and considered the other safety measures to make it work. I know that it has provided a great deal of purpose and joy to our residents since it was installed almost a decade ago.”

It’s safe to say Zipps is enjoying the shop as his projects have evolved to become a bit more than just ways to pass time. Now, his projects are more about passing on a legacy. Zipps recently made a crib for his great-grandson, Nathan, who was born this year. It wasn’t long after completing Nathan’s cradle that Zipps began working on a second cradle with a slightly different design for, yet another great grandbaby born in September.