CRESTVIEW
▸
ABOUT
▸
An Inheritance of Purpose 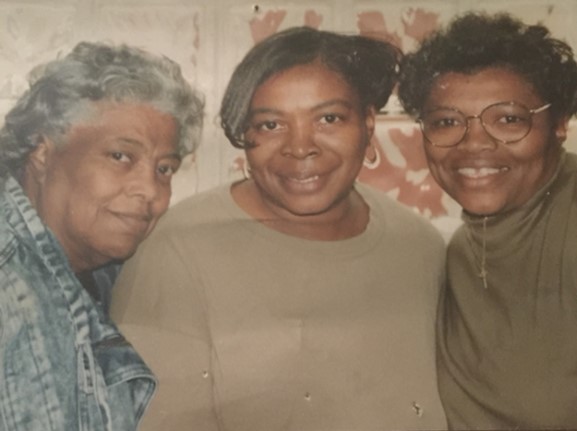 An Inheritance of Purpose

You’ve probably heard the term, “work family,” however, when Melinda Newton, IT Specialist at Crestview, uses the phrase, she literally means family. Newton is a 4th generation MRC employee and her daughters, Tyesha and Brittany, make the 5th generation.

Newton’s great grandmother, Mary White, kicked off the   family’s loyalty to the retirement community when she began working as a cook in the kitchen in 1964. “There’s been a member of my family working here since the doors opened,” expressed Newton.

Along with her great-grandmother, Newton’s grandmother, great aunt (Rachel Nelson), second cousins, two aunts (Beverly and Betty) and other family members all called Crestview their place of employment through the years. “It’s a Crestview family affair,” Newton laughed.

“When it comes to Melinda’s family, the connection to our community runs deep,” said Executive Director, Mike Adams. Adams has worked at the community for 28 years and has worked alongside many of Newton’s family members in his near three decades of employment. “There is something about this place that holds me and others like Melinda here, but we also know that it is too special to keep to ourselves. It just seems natural that we would encourage those we love, our family, to discover the same passion and purpose we have found.” Adams speaks from experience since his father, Rev. Gary Adams joined the team in 2007 as Chaplain.