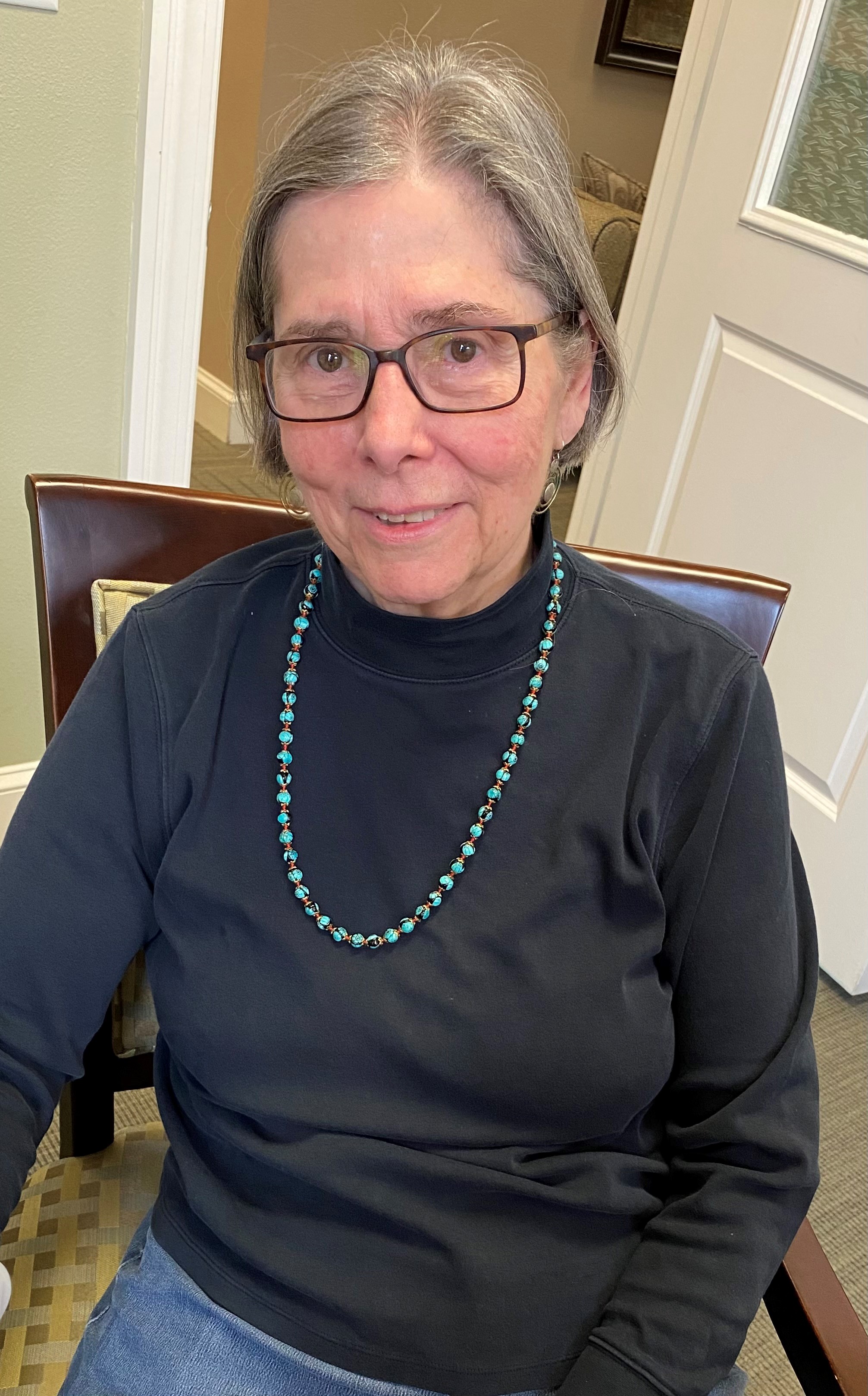 Moving into Arbor Oaks is the best thing I’ve done in a long time.  For the past 20 years I enjoyed living alone in my three-bedroom Bryan townhouse.  In fact, I liked it so much I intended to spend the rest of my life there, perhaps with some home health care assistance later if needed.

But I hadn’t planned on the surprises of aging–a hip replacement, knee surgery, arthritis, trouble driving at night.  Nor could I have anticipated the loneliness which accompanied the isolation of the Covid pandemic and its side effects of anxiety and depression.  In fact, I was so lonesome that I was miserable!  I dreaded mealtime because it meant dinner on a tray, alone in front of the TV, night after night, week after week.

Then one night I fell in my kitchen and ended up driving myself to the ER at midnight.  As I was recovering from the fall later, I had plenty of time to think and evaluate my situation.  I finally had to face the realities of aging and that I was becoming less and less able to fend for myself the way I always had.  I also realized that I was depending more and more on friends and neighbors for such everyday tasks as bringing me groceries and moving the big trash can to the curb weekly. The end result of my soul-searching was accepting that it was time for a drastic change in my life.  I contacted Arbor Oaks, looked at vacant apartments, and quickly made the decision that this was the place for me–as much independence as I wanted, but also plenty of assistance when needed.  And no more eating alone with nobody to talk to except the TV!

Six weeks after making the decision, I moved into Arbor Oaks. I already feel perfectly at home here.