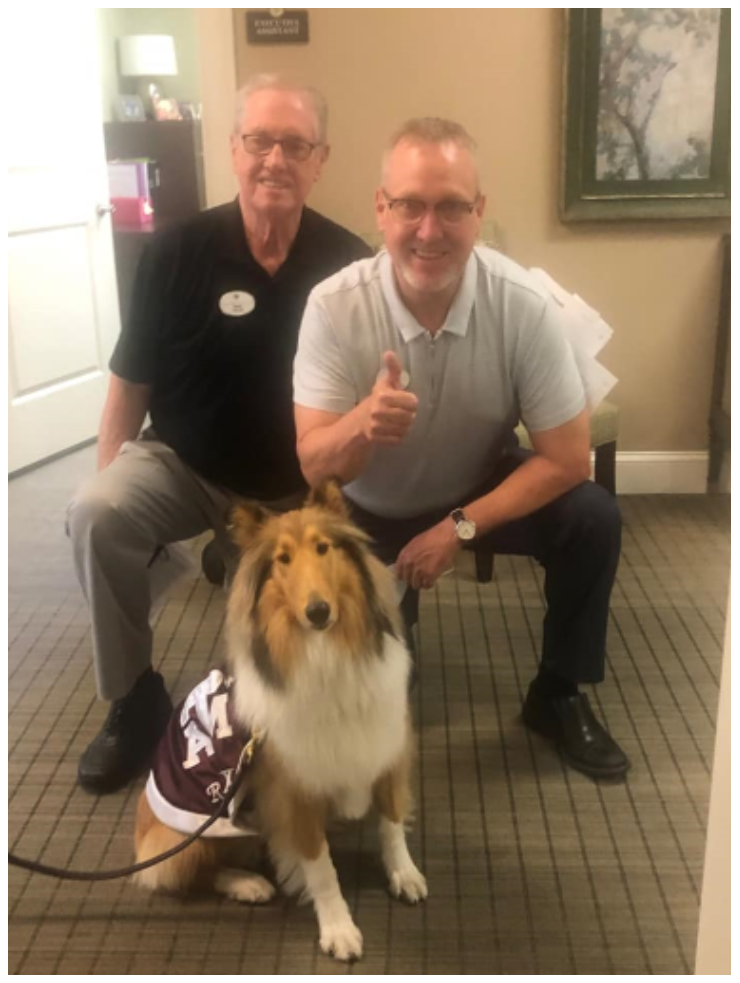 She is known by her fans as the First Lady of Aggieland or Miss Rev around campus. As the official mascot of Texas A&M, Reveille X is fulfilling a tradition that goes back to 1931 when the first Reveille  happened into the role. At the time, dogs weren’t allowed on campus  causing a young group of cadets to hide her presence from dorm      supervisors after they had brought her home to nurse her injuries. They had accidentally struck the small black and white dog with their car and felt it only right that they see the dog back to good health.

Unfortunately, the dog didn’t go along with the rules necessary to stay hidden because when she heard the morning “Reveille” blown by the bugler to wake the cadets, she went wild barking. It was in this moment that she earned her name but it wasn’t until the following  football season that she earned her place in Aggieland tradition.

She faithfully lead the team out to the field for every game for 13 years before her passing. Aggies say that she carried with her the essence of Aggieland which is why they saw to it that the tradition continued.

In subsequent years, the mascot has been replaced with 9 furry representatives total. Year after year, the mascot fulfills her duties inducing feelings of nostalgia as well as school spirit for fans.

Some might argue that some of the greatest fans now reside at Crestview Retirement Community in Bryan. These super fans were recently delighted and honored to host this member of  Aggie royalty at the community. She was a perfect lady going from person to person getting head pats and scratches while posing for pictures along the way.